Thirty years ago, Manor Tool’s second-generation owner and president, Tom Simeone, was faced with a life-altering decision. A recent engineering graduate from the University of Illinois at Champaign-Urbana, he had two potential paths ahead of him. One was to further his education, and pursue a Doctorate degree at the University of Illinois. The second was to join his father and Ken Galerno at Manor Tool – the family business his father founded in 1959. 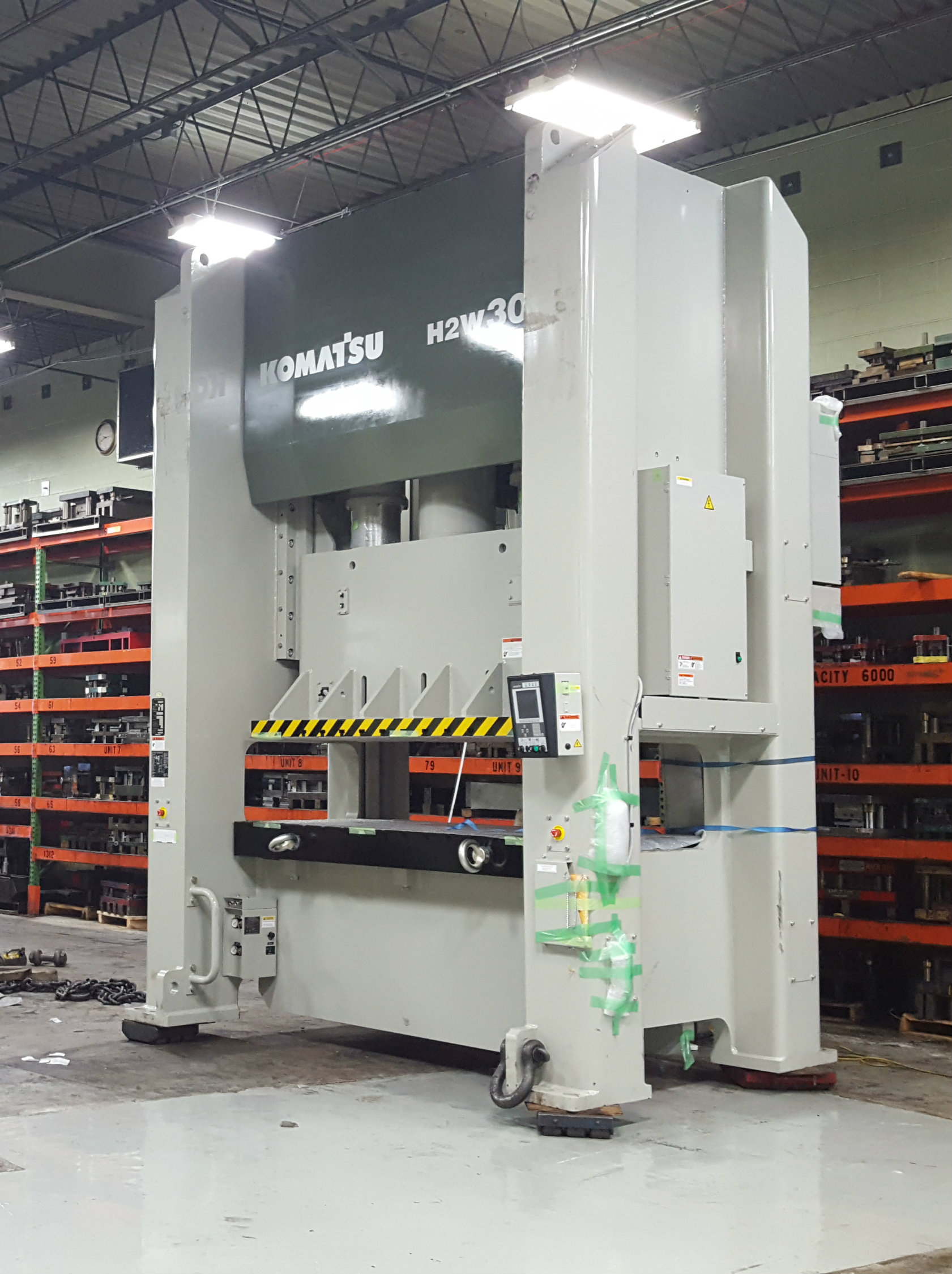 Six months later, he chose Manor, and began solidifying the company as a leading manufacturer for punching, spot welding, deep draw stamping, bending, forming, and assembly. Now, three decades later, Manor Tool has made a critical decision of its own; after 57 years of using mechanical presses, the company will install a Komatsu 2pt. 300-metric-ton servo-powered press machine.

The decision to join the “servo revolution” was easy once Manor saw the benefits of the presses firsthand. These benefits include:

The mechanical servo press allows manufacturers the best of both worlds, as it provides the versatility of a hydraulic press — including varied strokes, slide motions, dies, and part types — at the high-production speeds of a traditional mechanical press.

Hydraulic presses, though versatile, are often slow because they are constantly battling material resistance. The slide motion of the servo press, however, allows metal to flow during part making rather than be forced into a form. Any distinct aspects of a workpiece can therefore be customized and programmed into a servo press to allow for smooth, swift production.

In addition to operating at high speeds, servo presses are capable of dwelling anywhere within a stroke as well as changing the slide’s velocity during the stroke. These diverse capabilities support better design and testing for in-house tool building. With the help of the new press, Manor plans to run different tooling designs and programs to identify improvements while controlling costs.

Operating a servo press will allow Manor to run most of the same tools that they used to run on higher-tonnage mechanical presses, thereby reducing tonnage by up to 20 percent. Additionally, the servo press combines tooling capabilities to fill the functional gaps between hydraulic presses and traditional mechanical presses, which will ultimately eliminate secondary operations and reduce overall part costs.

Interested in starting a deep drawn stamping project with servo press technology, but unsure about edge selection? Click here, or the button below to download our guide: Deep Drawn Stamping: How to Select an Edge Type. 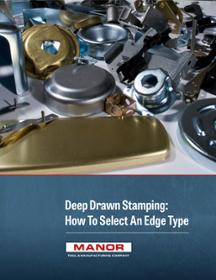 Manor Tool looks forward to taking on more interesting and complex projects as soon as the new servo press starts running this fall.
Contact us for more information about the new machine, and to see how our team can use this advanced technology to deliver your next stamped metal project.